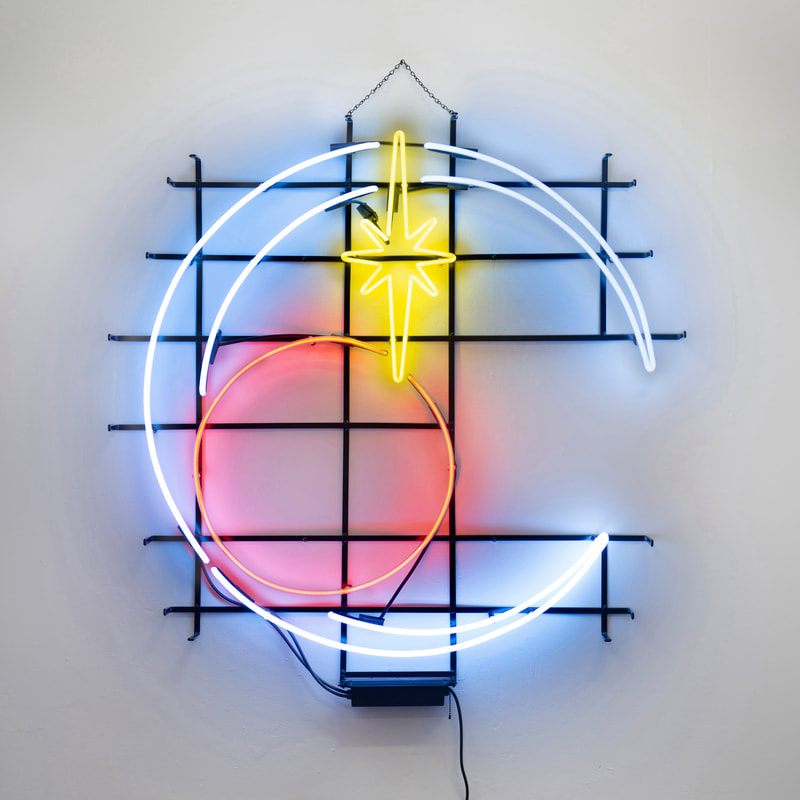 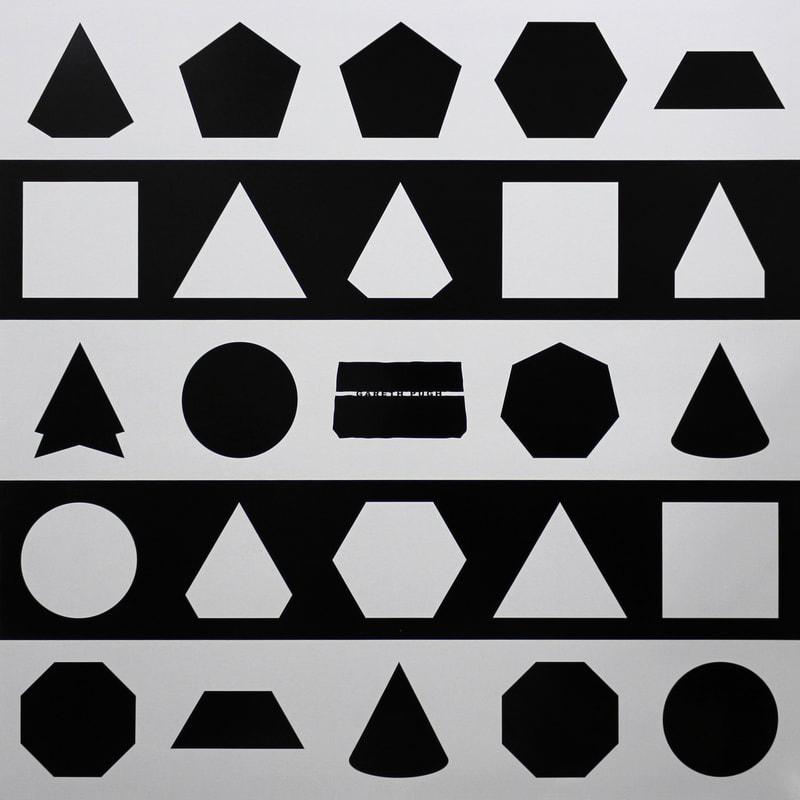 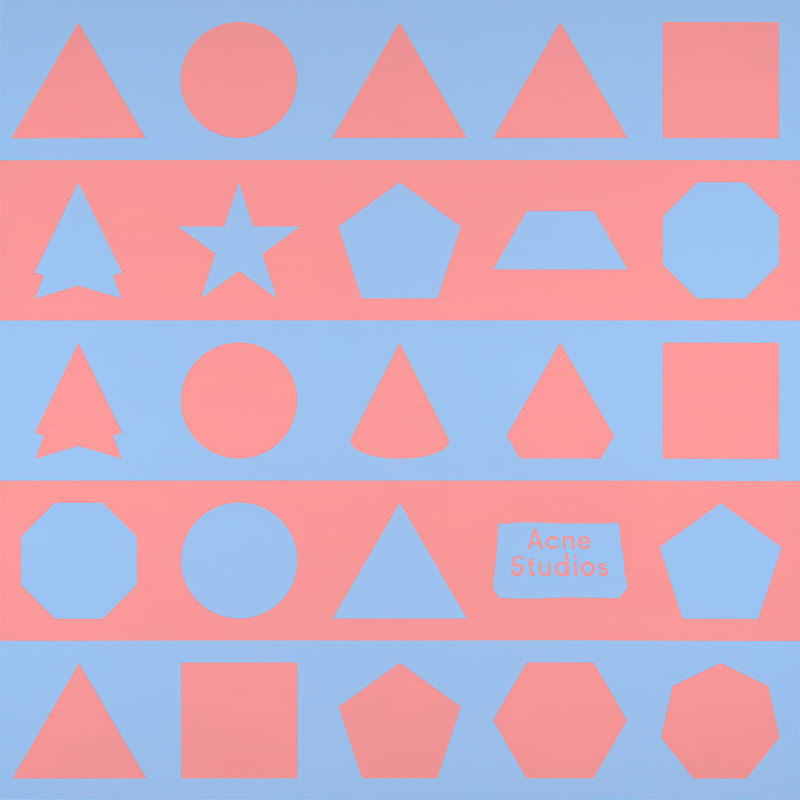 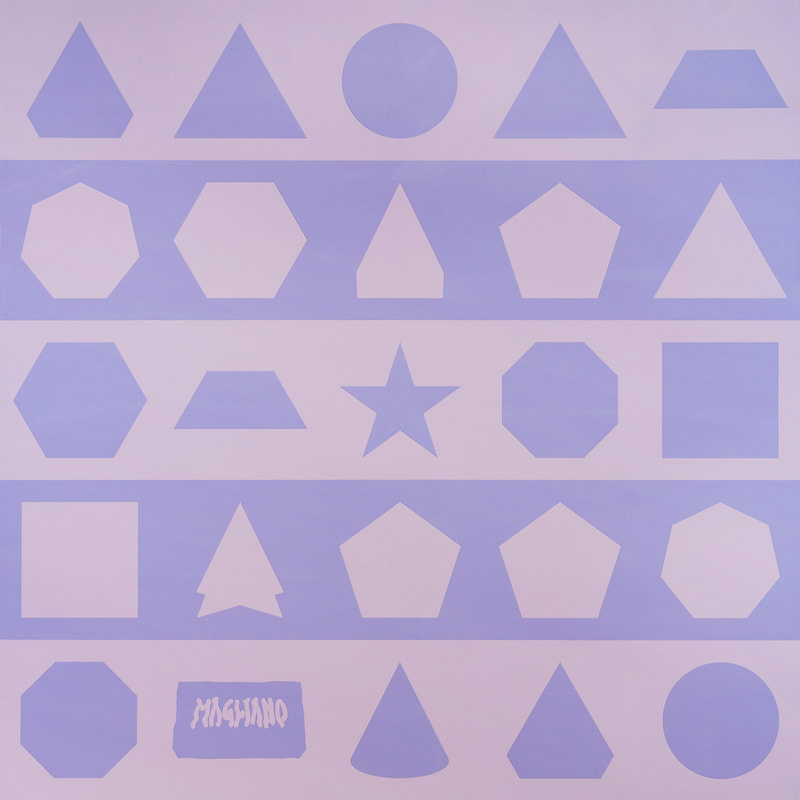 Titles of each piece in order: Dream Sculpture, Dream Painting F15, Dream Painting F5, Dream Painting F9.
A room of one's own is a curious place. Despite the inhabitants' designs, surrounding architecture, ornamentation and housekeeping — or lack thereof — an inexorable and curious sense of the dweller always floats throughout. The same is true for Kyle Yip's ongoing series, "RENAISSANCE SHOW". Kyle Yip's inaugural solo exhibition represents itself on nostalgic grounds: a colourful and vivid pastiche born from a dream to transcendence.

The idea for this project emerged from his recovery through various therapeutic modalities to counter chronic sleep and anxiety disorders symptomatic of the major depression he was working with as a fine artist. Yip was able to articulate a dialogue between the hermeticism of neo-avantgarde aesthetics with more culturally embodied strategies of creating and experiencing artworks. His work addresses an urgent need in the art world to merge explorations between personal development and avant-gardist aesthetics.

Yip achieved a significant breakthrough in 2017, when he discovered how to consolidate his studies of psychology and neuroscience with his art practice within different states of conscious awareness—from different stages of restful awareness and sleeping to dreaming. He is able to perceive, then examine, these artworks that emerge during these states in vivid detail. The challenge, then, is how to translate the visual texture, compositional dynamics, and dimensional scale of these experiences into physical form.

His research in therapy, rigorous background in classical animation, and avant-garde art practices began to coalesce into new modes of making art. By embodying different states of awareness, he is able to cultivate a virtual laboratory in which new artworks would formulate. His process involves less of a subversion of the conscious mind or intentionality than a deep examination of the phenomenological and experiential nature of the different modes of awareness through making art within a safe space.

Yip found that the first twelve works he produced utilizing this method hearkened back to the original avant-garde with the incorporation of the readymade, serial form, and a flag-oriented resemblance that alludes to the neo-avantgarde practice of circumventing the artist's own subjective input in the creation of art. He realized the bands of simple Gestalt forms and the overall vexillological format of the works also involved how visual attention is augmented through the practice of serial repetition.

The underlying formal structures he is exploring have as much to do with the hypnotic, subliminal, and meditative arrangement of repetitive commodity formulas used in marketing displays and web-based media as they have to do with avant-garde aesthetics and cult images. This tension between visual arrest and scansion within different states of awareness can reveal how the unconscious has been visually colonized by advertising infrastructures redolent of monotonous imagery of the commodity form.

To this end, Yip has enlisted processes including serialized variations reminiscent of the 60s neo-avantgarde strategies through which he encourages the viewer to explore states of awareness congruent with those experienced in the creation of the work itself. While these vexillological and cartographic motifs refer to works as disparate as Jasper John’s flag paintings and Alighiero Boetti’s world maps, this work further explores the cultural collusion between corporate and collective identities, concepts of homeland and patriotism, and how these methods metaphorically map our sense of self and world. Yip sees these works both as the diagnosis of a cultural condition, but also a means of exploring new pathways for exercising visual impact and perception.